Shirin Gallery NY is pleased to present Letters, a solo exhibition by Shadi Yousefian, from October 24 to November 28, 2013. Through a ritualistic process of cutting, soaking, gluing, and pinning, Yousefian composes the fragments of letters mailed to and received from distant loved ones. Letters adheres to minimalistic and repetitive formations, preserving these emotionally-laden exchanges while obscuring their content and piercing their pages. The works that comprise Letters are at once an index and abstraction of the intimacies shared through splintered correspondence.

By manipulating written communication as a sculptural medium, Yousefian manifests her transnational bonds as a tangible material that bears the traces of physical change. Shirin Gallery presents Letters, during a time in which the handwritten note has become a rarified form of communication; yet remains a powerful means of effecting potentially transformative connection among individuals and nations. In the moment of its exhibition, Letters, presents a timely investigation into the medium’s potential to shift social relations within personal and geo-political landscapes.

Shadi Yousefian is a contemporary photographer and mixed-media artist whose work investigates issues of transnational identity and cross-cultural belonging at a personal and social scale. She conveys her experience emigrating from Iran to the United States at the age of 16 while reflecting upon commonalities among immigrant experiences around the world.

Yousefian’s work is process-oriented and employs a wide variety of media. Despite her academic background in photography, Yousefian engages the medium as a process of self-expression rather than a means of representation. During early experimentations with photography, Yousefian created collages from film negatives, which she exposed on paper and developed into final prints. Yousefian has since expanded her practice to include larger and more sculptural works that combine photographic prints with other materials such as wood panels, glue, canvas, and light boxes. Yousefian continues to move beyond the boundaries of the photographic medium with recent series such as “Letters,” and “Memories,” which mark a formal turn from the spontaneous and expressionistic style of earlier works to a more meticulous and repetitive minimalism.

Yousefian received a Bachelors of Fine Arts (2003) and a Masters of Fine Arts (2006) from San Francisco State University. In 2005, she was offered a Murphy & Cadogan Fellowship in the Arts for her exhibition in the San Francisco Arts Commission Gallery. In 2004 and 2005, she received International Photo Awards from the Lucie Foundation. She has exhibited widely in California, with past shows including “East of the West,” SOMArts Gallery; “Theory of Survival,” The Lab; “Celluloid: Film & Photography Exhibition,” Gallery One 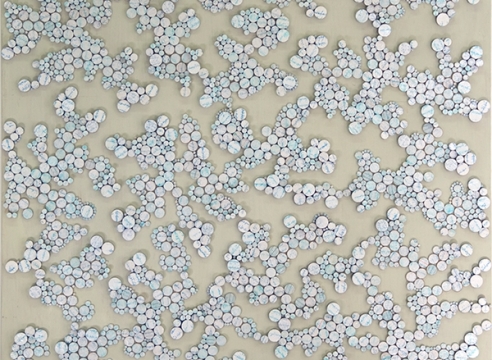 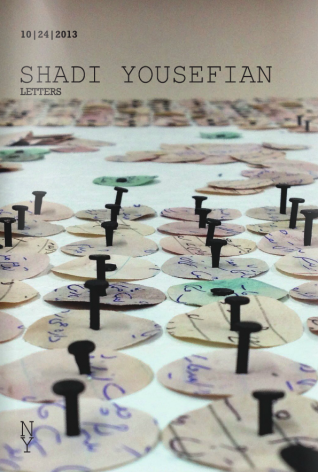