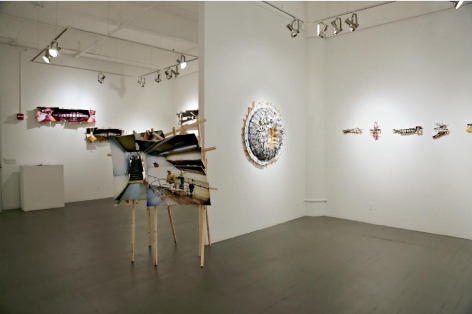 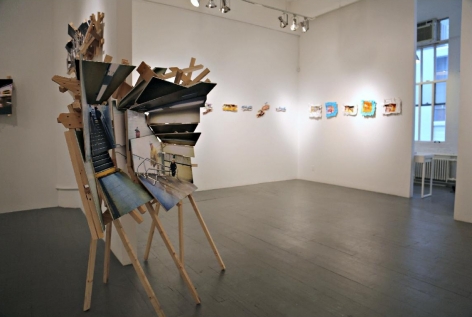 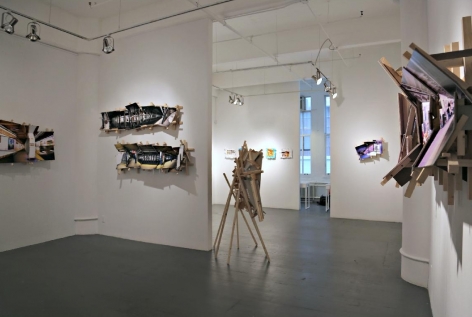 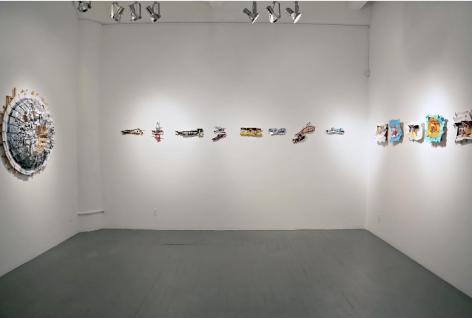 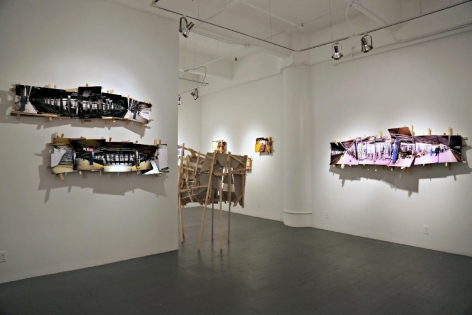 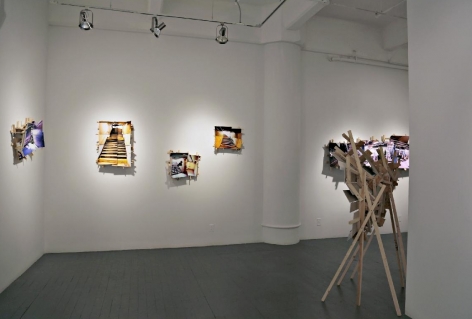 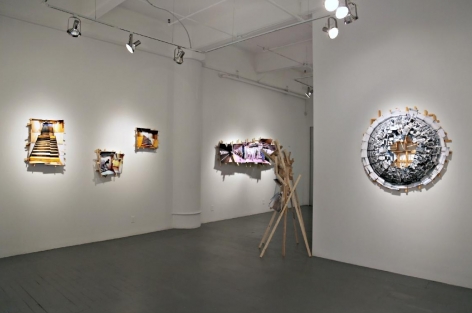 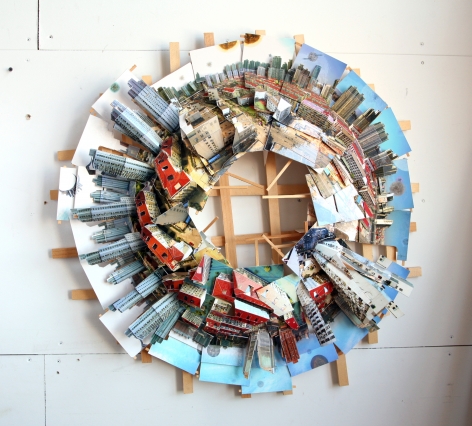 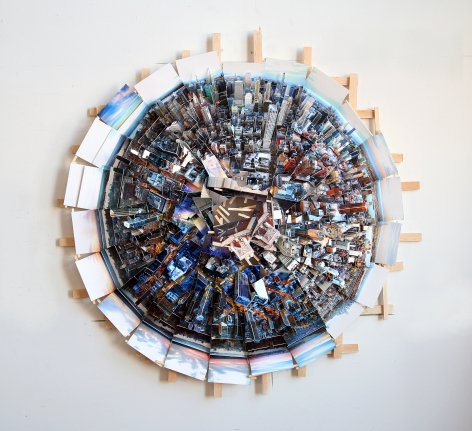 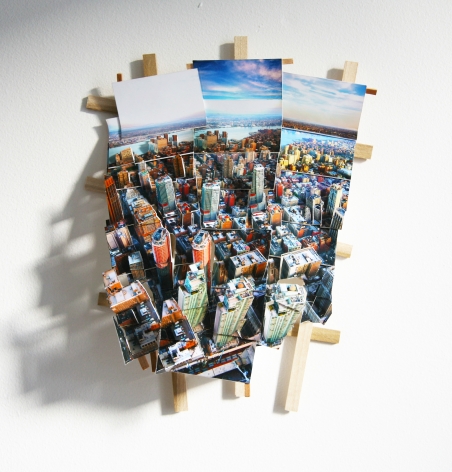 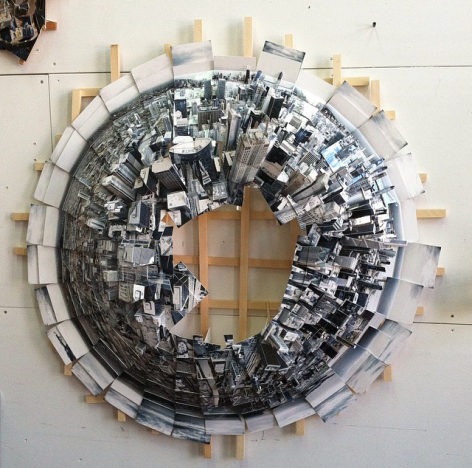 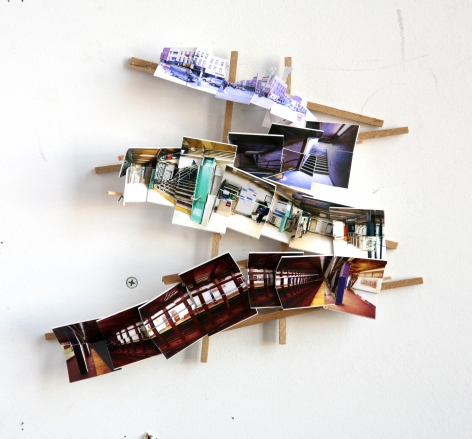 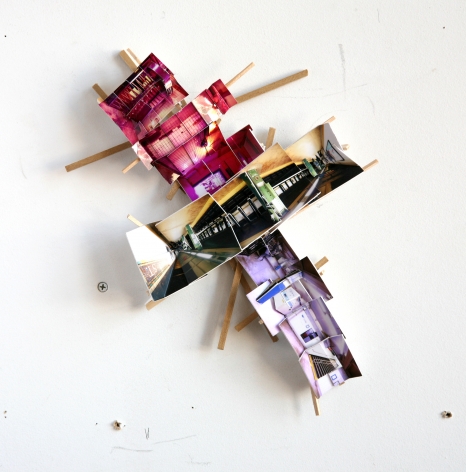 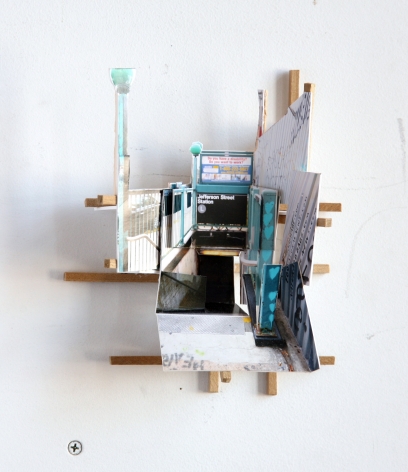 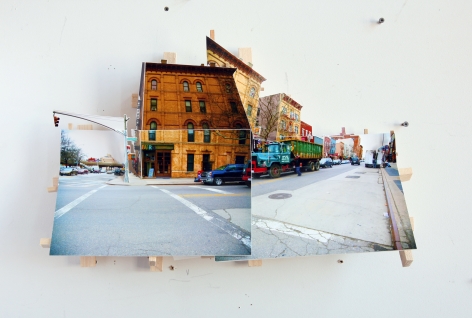 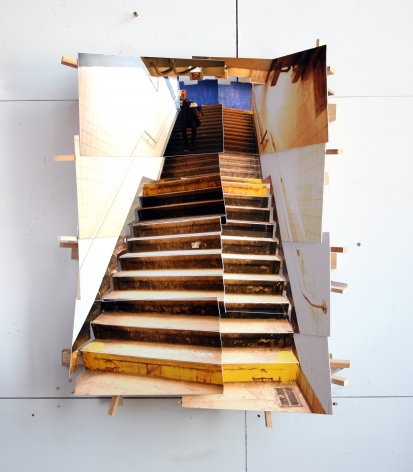 Shirin Gallery NY is pleased to present Underground Passages, the solo exhibition of works by the artist Isidro Blasco. Born in Madrid and based in New York, Blasco creates sculptural works to describe both urban sites and private spaces. His use of materials – combining C-Prints with wood and other hardware – turn once two-dimensional photographs into 3D representations of space. Although they are three- dimensional, the works present a single spectator’s perspective.  In this exhibition, the photographic prints, anchored to pieces of structured wood, describe spaces within New York subway system.

In his own words, Blasco explains,

“I take the subway every day from my home in Jackson Heights to the studio in Bushwick, and very often I find myself looking at a particular corner or stairs, or section of the tracks. Every time they look very similar but not the same as the day before. And I wonder if other people like me also look at these same sections of the subway system, and if by this looking that we all do, somehow we are effectively changing those places.

I am guessing all this is just an effort to relate to these places. There is an emotional restraint that we all exercise, conveying not destruction but disorientation, the unsettlingly simultaneous expansion and compression of space that the urban dweller experiences in their way through the city and through its underground.”

Isidro Blasco was born in Madrid in 1962, and has lived in New York since 1996. He is a candidate for Ph.D. at the Architectural School of Madrid, and received his BFA from the Fine Arts School in Madrid. He was twice the recipient of the Pollock Krasner Foundation Grant in 1998 and 2010, and in 2000 he received the Guggenheim Foundation fellowship in Visual Arts. In 2004, Blasco had a solo exhibition of his works at the Reina Sofia in Madrid, and has since shown his work at the Museum of Modern Art and MoMA PS1, NY; and the Champion International Corporation (of the Whitney Museum of American Art), Stamford, Connecticut, among others. His works are included in collections at the Museum of Modern Art, the Whitney Museum of American Art, both NY; the Chicago Institute of Contemporary Art; and the Tweed Museum of Art, Duluth, MN. 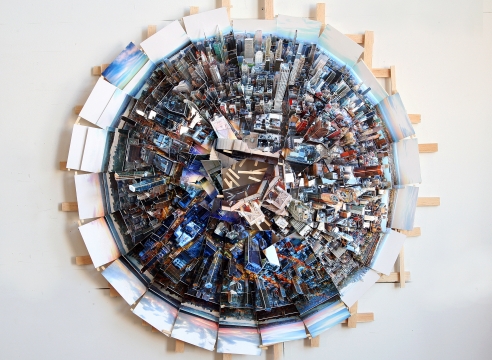