There is a forest of driftwood in front of you – twigs and metal planks are elegantly stacked or balanced against each other, interspersed with myriad small details: metal wires, spools of thread and small, brightly coloured plastic ties. Larger, they resemble totems, stripped to their most basic element. Smaller, they form delicate assemblages, fragile pieces swept up into subtle sculptures. Around this grove of found objects are collages, framed compositions of paper, photography and paint. They are layered with charcoal and pieces of tape. They lead us through golden angels, a woman’s smile, elusive, joyous and mysterious, a river at sunset with streetlights ablaze into the night. In Bits and Pieces: Collages and Assemblages (October 30 – November 21, 2015) Iranian artists Shaqayeq Arabi and Fereydoun Ave continue their ongoing dialogue with one another’s practices – exploring the fields of the three and two dimensional, using the place where these two different planes meet to explore a mutual interest in material, abstraction and the found object.

Arabi’s assemblages are often composed of simple materials, fundamentally abstract, yet evoking a range of associations. They speak to both the built, urban environment and the natural world by combining the textures of found objects with the rawness of materials such as wood, tree branches, dried flowers or pieces found in construction sites. By combining found natural and industrial objects from everyday life, her work examines the different forms and textures of materials, and, through them, the balance between the expressively abstract and the suggestively pictorial. They propose a metamorphosis from the base, synthetic nature of their materials to the ethereal nature of a composition – be it installation or sculpture. In Bits and Pieces: Collages and Assemblages, Arabi unveils a series of new, larger assemblages alongside her signature smaller pieces. These totem-like sculptures embody her interest in exploring how the sum total of an object’s parts can comprise what Ave has referred to as “a larger visionary whole.”

Indeed, the relationship between Arabi and Ave goes back many years, with their most recent collaboration the joint exhibition Roots (Total Arts, Dubai 2014) and Arabi’s solo exhibition Assemblages, curated by Ave (Dastan’s Basement, Tehran 2015). Where Arabi’s assemblage work often manifests itself in sculptural form, Ave deals firmly with the two-dimensional plane. His use of paper layering and swathes of soft abstract paint can be seen in his most famous mixed media works of all, the ongoing Rostam series, dealing with the cyclical nature of life – the masculine and feminine, winter and spring – the enduring themes explored within his oeuvre. Ave adds depth to the flat image through the deft layering of materials. Indeed, both Ave and Arabi work by composing works out of the objects available to them in their surroundings – turning them into a poetic stream of consciousness. Rather like a deft sketch or an intimate painting, these collages, for Ave, are pure compositions – a loose and free layering of photographs, tissue paper, tape and old silk-screens, completely spontaneous and not preconceived. Tissue paper adds depth, an element of fogginess to the image, while the overall composition and colour bring lightness. Together, these two artists present us with a celebration of the found object, revelling in the joy of spontaneous composition, expressionism and rebirth.

Shaqayeq Arabi is a painter, sculptor and installation artist living between Tehran, Dubai and New York City. Starting to paint and practice calligraphy in the early 1990s, she received a Master in graphic design from Al-Zahra University Tehran in 1996, a BAF from University of Valencinnes, France in 2001 and a MAF from Sorbonne University, Paris the following year.

For her, art is a form of spontaneous personal expression, as well as an exploration of her past and present memory. She finds her point of departure in image, sound and smell, as well as the sensitivity of the surrounding environment. In sketching, composing and connecting accumulated fragments together, Arabi traces her reminiscences, creating a tangible and touchable reality out of the emotions and sensations. Arabi has had exhibitions in Middle East and Europe, including Roots (Total Arts, Dubai, 2014) and Study of an Upturned Ziggurat (Department of Signs and Symbols, New York, 2015).

Born in Tehran, Iran, in 1945, Fereydoun Ave is one of the major players in the Iranian art scene in Tehran. With a career grounded in the theatre and film world, he gained a BA in Theatre Arts from Arizona State University in 1969 and studied film at New York University in 1969-70. Prior to the Iranian Revolution, he worked as a stage and graphic designer at the Iran American Society in Tehran, was Resident designer for the National Theatre, Tehran, and was advisor to National Iranian Television and the Shiraz Arts Festival. Between 1974 and 1979 he was acting artistic director of the Zand Gallery in Tehran. Besides being an avid collector and artist, in the 1980s after the revolution, he created his own alternate space, 13 Vanak Street, which launched many Iranian artists. A life spent between Europe, America, and Iran has informed the formal and theoretical basis for his art.

He has participated in numerous international group exhibitions including Routes at Waterhouse & Dodd in London; Creek Art Fair in Dubai as well as Art Dubai; Salon d’Automne de Paris and the Iran Heritage Show in London. Ave has had solo shows at the Silk Road Gallery and the 13 Vanak Street gallery in Tehran and the Herve Van Der Straten Gallery in Paris among others. His works are in many prestigious collections such as La Caisse des Deptos et Consignations and the Centre Georges Pompidou Collection in Paris, the Rose Issa Collection in London and the Contemporary Art Museum in Tehran. Most recently in February 2014 one of his mixed-media collage pieces using the iconic and historical Iranian hero figure Rostam was purchased by the Metropolitan Museum of Art in New York. 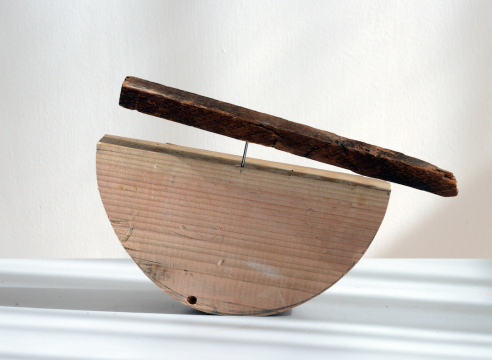 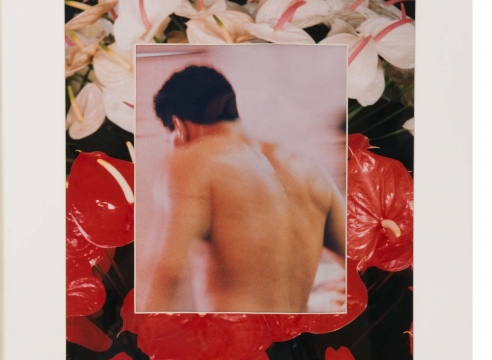 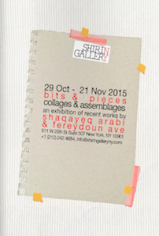 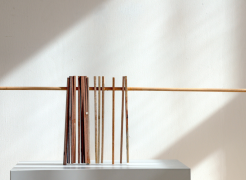