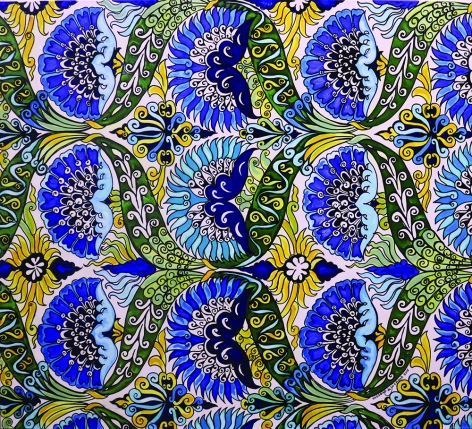 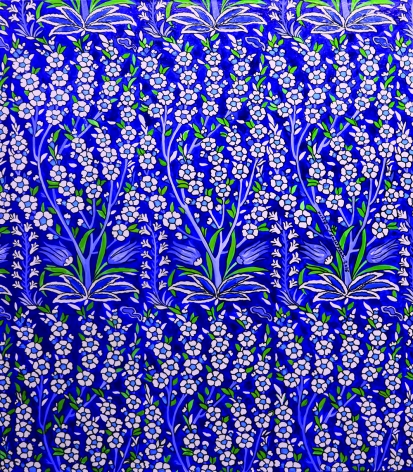 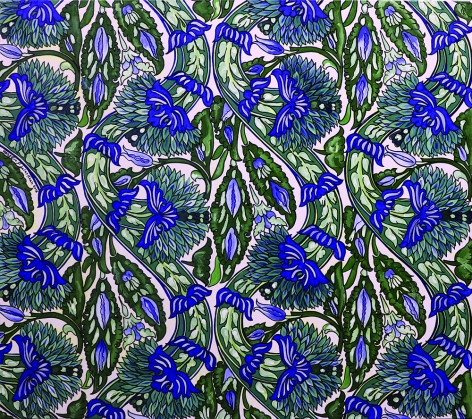 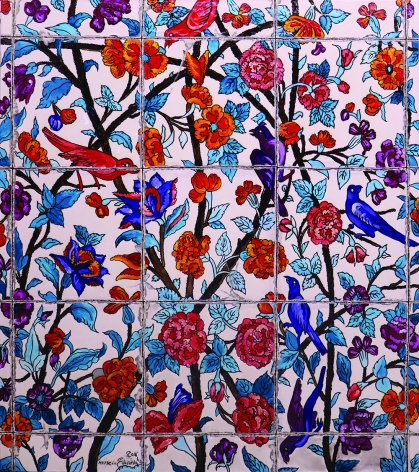 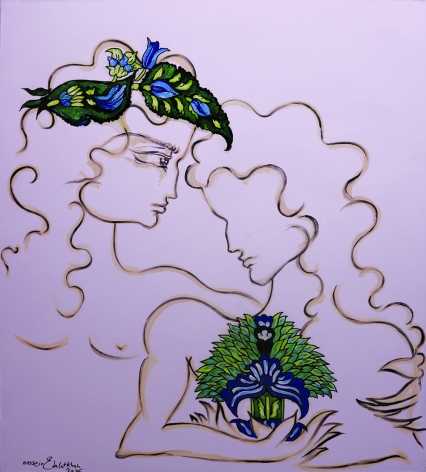 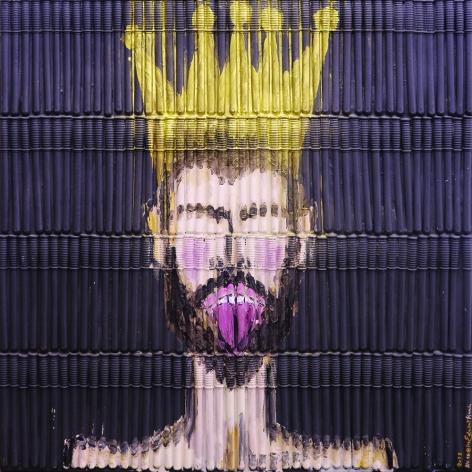 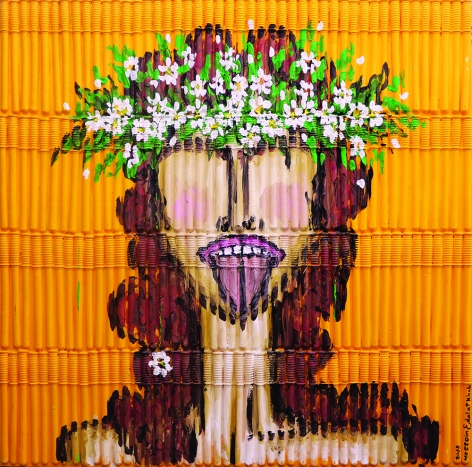 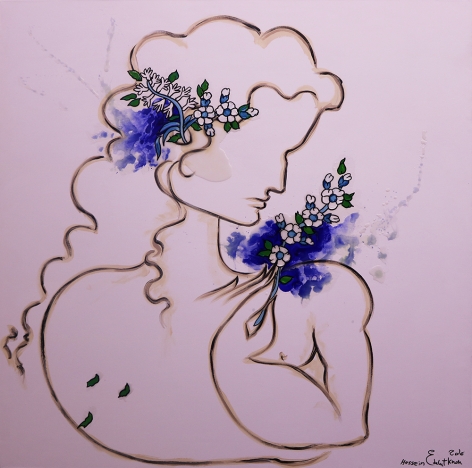 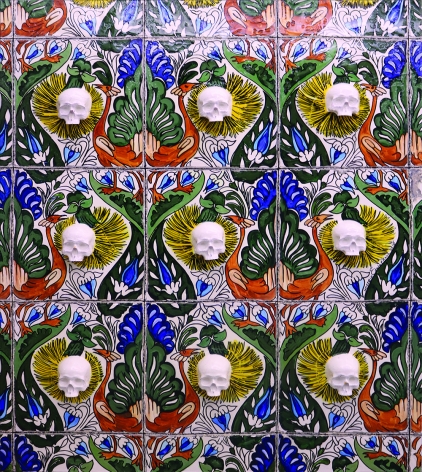 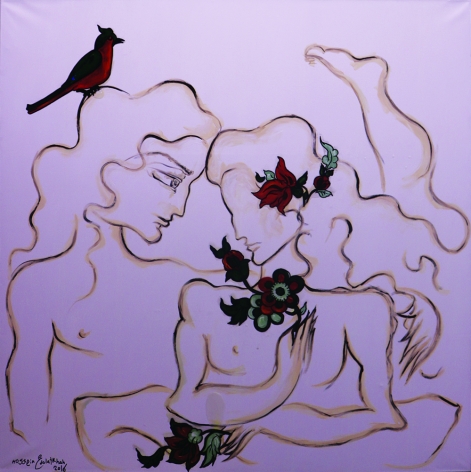 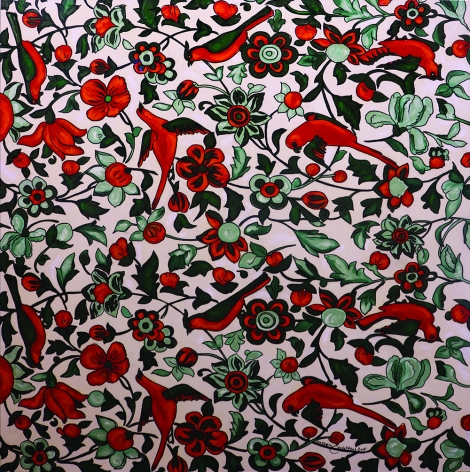 Shirin Gallery is pleased to present Beyond the Walls, a solo exhibition of recent works by Istanbul-based artist Hossein Edalatkhah. The exhibition features Edalatkhah’s recent large-scale acrylic and mixed media works on canvas, which, through their form explore varied and difficult themes around society, politics, history, sexuality, and religion.

The ornamentation in Edalatkhah’s works allows for detailed creative portrayals and meanings to unfold. Although the scope of his works cover a wide range of themes, Edalatkhah has found and mastered a critical lens through which to describe the world: his own cultural heritage. Born in Iran in 1979, Edalatkhah considers the time of his birth and the politics that surrounded him during the revolutionary era. His works reflect the trauma that resulted from this moment. Additionally, they consider the traditions from before his life, like Persian semiotics, literature, and miniatures. Edalatkhah interprets the poetic language of ancient Persian texts, and reveals them in a contemporary context.

Beyond the Walls looks in particular at Edalatkhah’s use of traditional Persian symbols and Safavid floral designs, presented almost as artifacts that have been weathered over time. In his own words, “despite the first impression of colourful harmony, [the] work always bear a political statement. The work functions like a binding metaphor in poetry, and is indeed very poetic in terms of its method of meaning-construction through calculated use of symbolism and imagery.” For example, such images take their metaphoric source from the popular Iranian line: “In the revolution’s meadows, roses and tulip grow,” a phrase from one of the Revolution’s songs, chanted at rallies during the era. Such personal and historical recollections are what inform the basis of Edalatkhah’s work.

Hossein Edalatkhah ( b. 1979, Tehran, Iran ) is a painter, sculptor, and art performer. He studied Graphic Design at MFT Institute, University of Tehran, and Drawing at London City Lit. Edalatkhah has featured his works dozens of group and solo exhibitions, at galleries, museums, and art fairs, in recent cities such as Geneva, Switzerland (solo); London, UK (group); Dubai, UAE; New York, USA; and Istanbul, Turkey, among others.